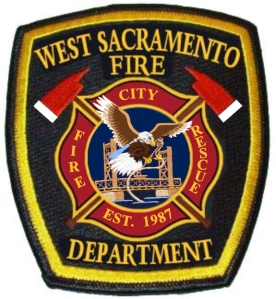 Early in her career, West Sacramento Deputy Fire Chief Rebecca Ramirez, who will take over as the first female fire chief for the Woodland Fire Department on Feb. 27, said she received a compliment that embodied what she and most women desire in their careers.

It came in the form of overhearing an “old timer” on the phone telling someone that she was a woman but that he just considered her a part of the crew.

“That, to me, had always stood out as all I ever wanted,” Ramirez said. “Don’t look at me for my gender or the color of my skin or the way I speak; Look at me as what I can contribute to the organization.”

Ramirez said she has never felt discriminated against as a woman in firefighting. By working as hard as possible and being as selfless and respectable as possible, she feels she’s been able to overcome any barriers she has faced.

“I am glad to be representing women in leadership roles, particularly in roles that are not so typical, [like] the fire service,” said Ramirez, who started her tenure with the West Sacramento Fire Department in 1993. “I think we have struggled in getting women into the fire service as a whole and we need to work on that a little bit. Maybe for people seeing me in that role, some young girls…will realize that fire service is a true opportunity for them.”

As battalion chief, Binns is responsible for working hands-on with the fire crew and running day-to-day operations for the department. In his new role, he’ll work closely with the fire chief to balance budgets, implement new programs and processes and run current programs like consortium training sessions, where all of the county’s fire departments learn to cooperate in preparation for large-scale emergencies.

Ramirez said the fire department works diligently to help prepare its staff for the job above them in the case of promotion, so Binns already has some experience with some of the duties of his new role.

“We’re going to definitely miss her,” Binns said. “We’re on a steep learning curve over the next two or three weeks, [but] she’s still going to be in the county, so we’re going to talk often, I’m sure.”

Some of Ramirez’s contributions to the West Sacramento Fire Department will have a long-lasting impact on the city.

In recent years, she was directly involved with improving the city’s Insurances Services Office rating, which ranks the department on its abilities to provide fire protection services and sets insurance rates for city residents and businesses based on the ranking.

She also worked to secure a $1.2 million grant in May to purchase Self-Contained Breathing Apparatuses, which are worn on the backs of firefighters and provide them with breathable air while inside a burning building, for the department’s firetrucks.

“She has been an amazing person to work with,” said West Sacramento Fire Chief John Heilmann. “I think I’ve learned more from her than she’s probably learned from me.”

Ramirez’s new role is part of a restructuring of Woodland’s fire and police departments, which are both currently led by Public Safety Chief Dan Bellini.

With the announcement of his retirement, the city decided Bellini’s position should be eliminated in favor of a more traditional set up, according to a Feb. 2 press release from the city of Woodland. The fire and police chief positions were previously combined following cutbacks as a result of the 2008 economic downturn.

“I think it’s good for the county and good for the fire department,” Heilmann said. “I think everyone will benefit in the end.”

Ramirez found out about her new position in early February.

“It was very exciting to find out about it and I was a little overwhelmed by it,” Ramirez said. “The support and the encouragement that I’ve received from the city of West Sacramento has been just truly amazing.”

West Sacramento City Manager Martin Tuttle said he is confident in Ramirez’s future in Woodland and is proud of the legacy she’ll leave behind in West Sacramento.

“Chief Ramirez is a pioneer in fire service and a great role model for women who are pursuing a career in fire,” Tuttle said. “She’s done a great job for us. Her appointment of Woodland expands West Sacramento’s fire department. That’s good, I think in terms of cooperation with other departments.”

Though it will take a while to assess where improvements need to be made and how to approach them, Ramirez said the crew at the Woodland Fire Department will help make the transition a smooth one.

“They’re a very dedicated group, who’s committed both organizationally and on an individual level to the citizens,” Ramirez said. “Their culture is solid, their firefighting skills are solid and the city philosophy is very supportive of the fire department.”

“He’s outstanding,” Tuttle said. “The department won’t miss a beat. We’re going to miss Ramirez, but to her credit, there’s a lot of folks who can step into leadership positions.”